Repairs began on one of Auckland’s largest leaky apartment complexes – The Pulse – a 65-unit Ponsonby block at 80 Richmond Rd on April 2015, a full decade after evidence emerged that the cladding required urgent attention as well as attention to persistent leaks posed by severe problems in the roof design.

Michael James was the team lead for Origin on this project, ably assisted by Jen Tang with Wayne Joseph completing fire sprinkler and alarm design, and Clive Revie providing the emergency lighting design.

For our client – Body Corporate 206481 (Pulse Apartments) – there was a lot of additional and unexpected work that came to light once work began but their commitment was to returning the building to a safe condition for the owners and tenants alike. And this was one of those rare projects where all parties worked collaboratively to provide the best possible outcome under what were very challenging circumstances.

The building was suffering significant water damage from leaks in the cladding systems and roof.  As work began it became apparent that the building also had significant defects in the construction of the fire rating between apartments.


Our initial brief was to prepare a fire safety design for the reclad work concentrating on the fire rating requirements for the exterior walls and roof of the building. Once construction started the scope of Origin’s work extended to designing solutions for the fire rating and fire protection systems within the building.

There were no ‘off the shelf’ solutions for this project and we invested considerable time sourcing solutions to address almost insurmountable problems. Working on design in tandem with reconstruction created significant time, cost and logistics challenges.

The Project Team consisted of:

The crisis point came when it became apparent that the repair approaches being considered for the internal fire rating was likely to exceed the cost of demolishing and rebuilding the building from scratch.

The approach of fixing every defect as it was discovered was far too costly. It was Auckland Council that suggested we consider a risk-based approach to the problem, seeing how we could minimise the risk on a building-wide basis rather than for each individual problem. The advantage of this approach was that we could demonstrate that holistically the building complied with the Building Code “as near as is reasonably practicable”.

We identified all known risks and the consequences of their failure. We identified possible solutions and the benefits of these. Rob Pilkington of Fletcher Interiors, aware of the consequential costs of time delays caused by designing and remediating individual defects suggested installing a sprinkler system. While it was an expensive solution, it did mitigate other problems and gave a high level of certainty to costs and completion time. It was adopted as part of a package of solutions to improve the level of safety within the building for the building owners.

Since this project was completed we’ve taken the risk-based approach on board and other consultants have too. 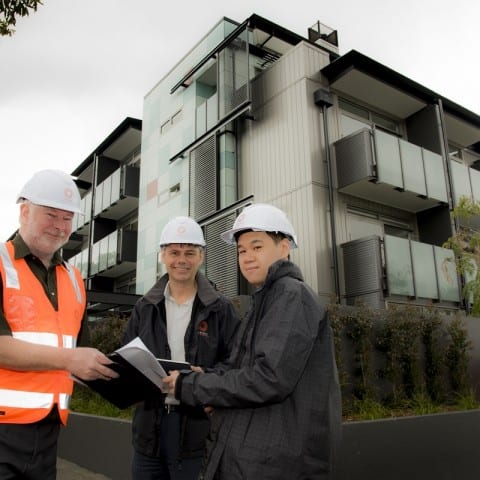 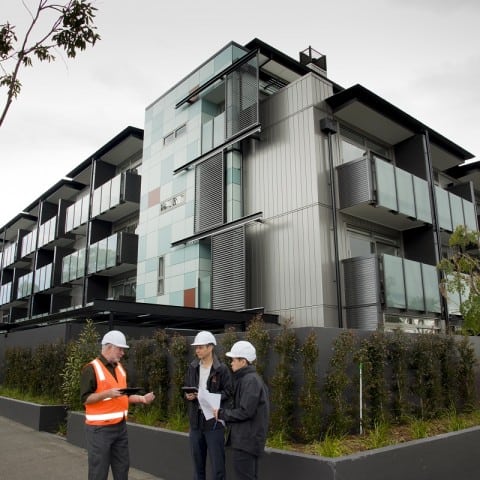 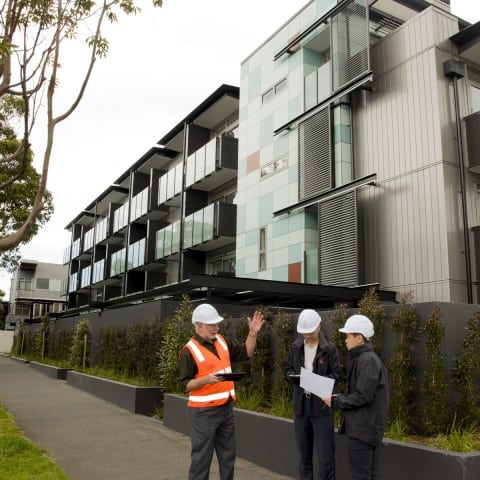