Stage 1 of the new Downer building in Wiri was completed in 2011. It had a footprint of around 1600m2 with car parking in the basement and two levels of offices above. The $9m second stage was a mirror of the first, and it was intended to include an entrance plus core stairs and lift between them. The initial plan was changed to connect the two stages with an atrium instead. The atrium includes the reception area and a lunchroom on the basement level.

We stepped into this project at the end of the design phase for the stage 2 building, because another fire engineering company didn’t have time to finish it. Stage 2 was initially an alternative solution design including acceptable solutions for the office floors and a VM2 design for the car park. We completed the design process and were involved in the discussions with the peer reviewer.

At this point the client decided to add the atrium, which is approximately 8m wide x 37m long x 11m high. Because the offices are open to the atrium, the whole design had to be revised, including some parts of the existing stage 1 building. Significant floor areas are interconnected by the atrium, so compliance could not be demonstrated using a simple acceptable solution design (C/AS). A Verification Method design (C/VM2) had to be carried out.

At the concept design stage we considered a number of design options. We arranged a number of meetings with the client and design team to present and discuss the most viable options.

One concept involved roof vents at the top of the atrium and louvres for fresh air intake on lower levels, to take advantage of the natural buoyancy of the smoke. This solution required a significant area for intake, which would have a negative visual impact on the building facade. Another option involved smoke curtains and smoke-rated glazing around the atrium.

This allowed the smoke curtain boxes to be hidden in the ceiling space, retaining a feeling of great openness and a bright work area looking into the atrium. This was the option chosen by our client.

We then started the process of the C/VM2 design by writing the Fire Engineering Brief (FEB) to present the chosen design to the Fire Service and the peer reviewer. Once the FEB was approved we commenced the detailed design.

The west elevation, or exterior end of the stage 2 offices, was 8m from the boundary and the horizontal spread of fire needed to be managed. We used radiation calculation software to determine the percentage of unprotected area allowed. Protected areas of concrete panels and fire-rated walls were then added behind the glazing. This meant the west elevation met the requirement to look identical to the existing east elevation of stage 1.

During the detailed design phase we also organised meetings with the design team to ensure the fire safety requirements we were specifying in our report were incorporated into the architectural, structural, mechanical and electrical designs.

Finally, as the existing stage 1 building was occupied during construction, we provided advice on temporary solutions to allow safe escape routes when work was done in that area. 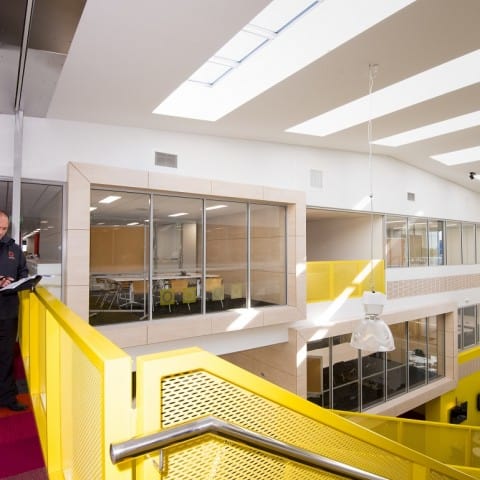 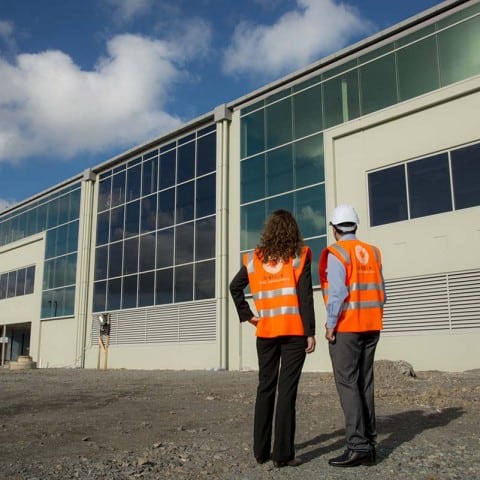 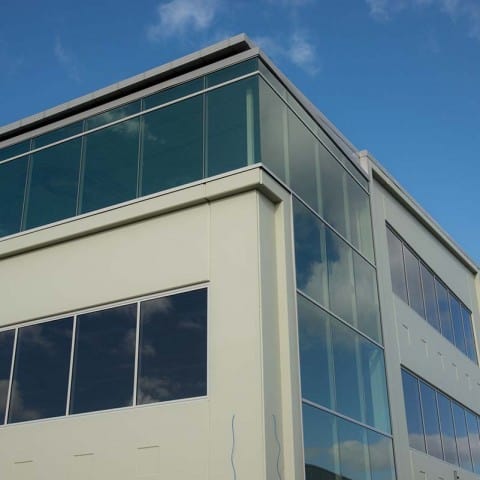 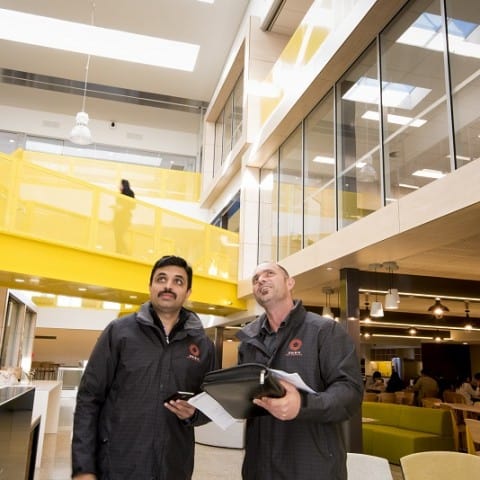 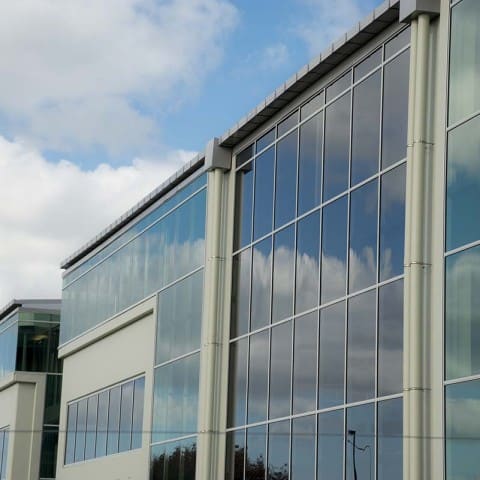 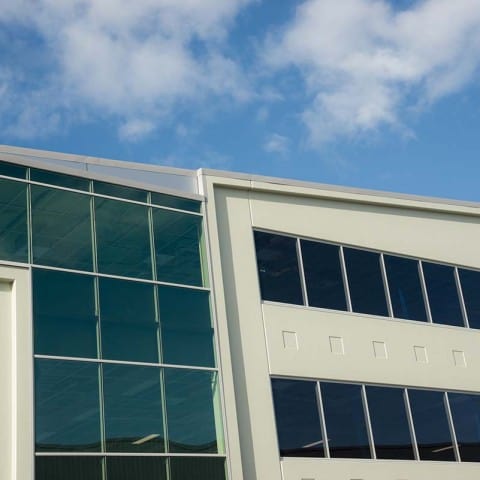 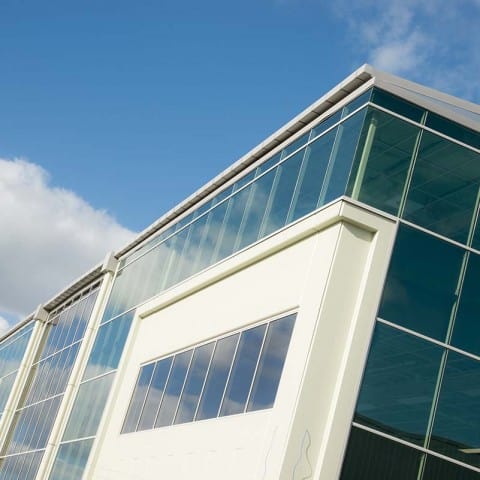 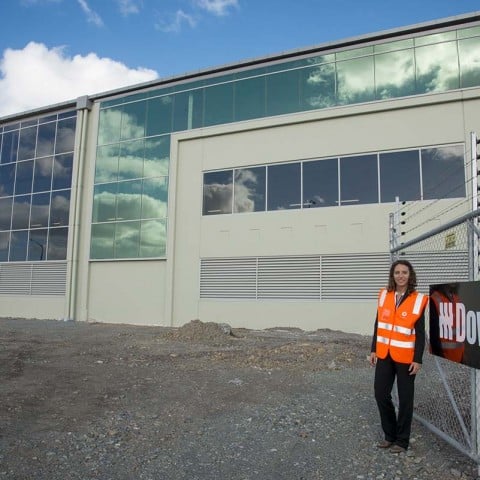