Marking the 400th anniversary death of William Shakespeare anniversary, a full-scale temporary working replica of the second Globe Theatre popped up beside Aotea Square in Auckland over summer of 2016 and provided some exceptional entertainment. A world-first, the Pop-up Globe fused cutting-edge scaffold technology with 400-year-old design, and Origin was proud to work with such a talented team.

Shakespeare had not been constrained by modern day building regulations. The original theatre was full timber construction with big ventilation holes at the base and a hole at the top, thus resembling a ‘boy scout’s bonfire’. Egress routes were impossibly steep and narrow. Staying as close to the original design as possible, while still complying with current Building Code requirements was a creative and logistical challenge. It was important to remain open minded throughout the design and build. We all agreed that no idea was too crazy to be discounted until we’d fully assessed all our options.

This was to be a fast track project from design to completion. Excellent full scale mockups of sections of the building were available, giving Origin the chance to trouble shoot the design and construction issues right from the start.

To limit the spread of flame over combustible surfaces Origin proposed a number of alternatives to the plywood external walls. The advantage of having the constructor and the client in the same space meant that the merits of each alternative could be considered from every angle. Eventually we settled on corrugated iron for the walls. This satisfied our fire safety requirements and gave a subtle “kiwi” twist to the appearance of the building. The ply ceiling was painted with intumescent paint to further limit the spread of fire.

Having mockups of parts of the theatre also meant we could adopt a design and build approach to trialing and modifying step and aisle configurations until we achieved a safe, satisfactory layout. This was a truly collaborative team approach, backing good ideas with sound analysis and exceptional design.

See Michael James discussion the technical challenges for the Pop-Up Globe project and the creative solutions they developed to overcome these: 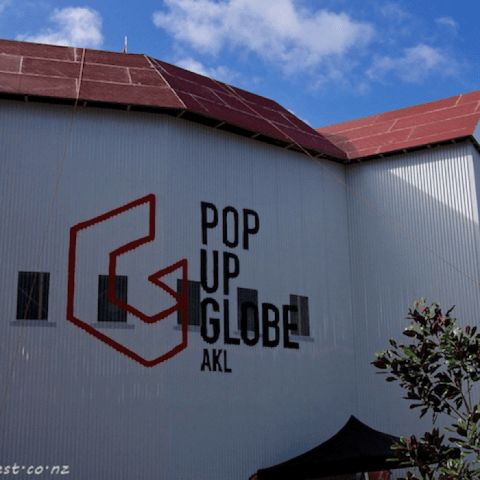 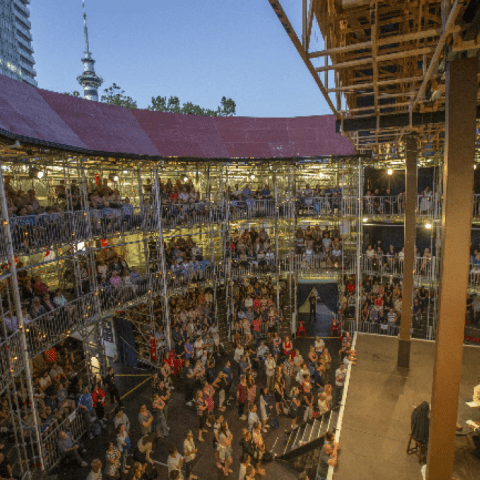 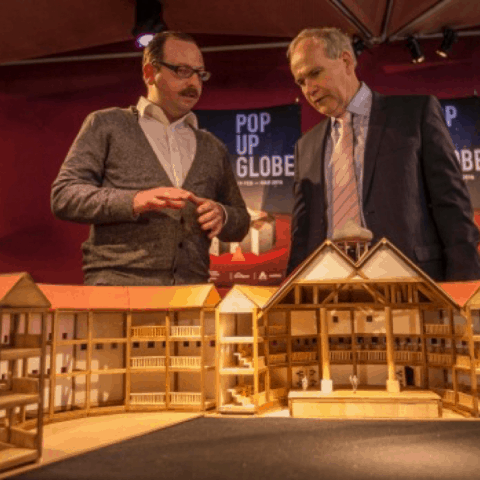 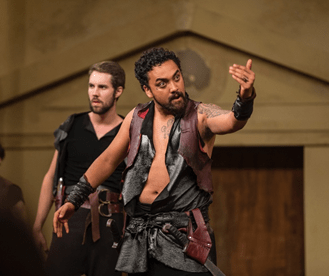 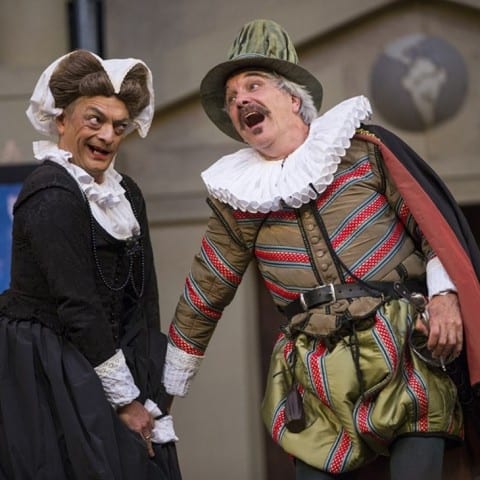 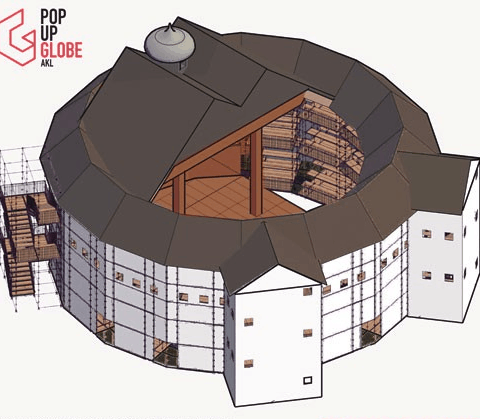 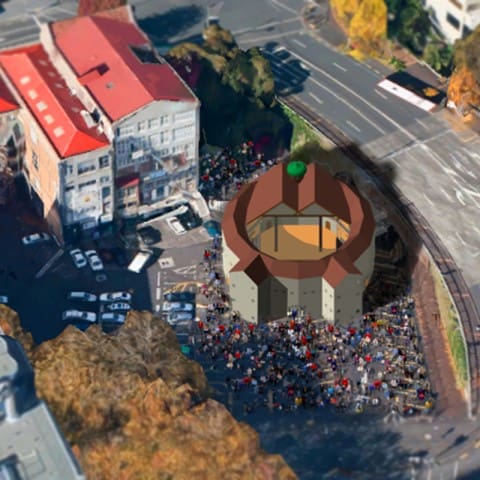