Anthony Harper’s presentation of the 2016 Season of Shakespeare at the purpose-built Pop-up Globe was a huge success and won this year’s regional final crown at the New Zealand Association of Event Professionals (NZAEP) annual awards.

NZAEP chief executive Vicki Watson says the Pop-up Globe captured the hearts of New Zealanders. “It sold more tickets than any other home-grown theatre event in New Zealand history; presented the largest Shakespeare festival in Australasian history … and was delivered by a team who had never worked together before and who were drawn together to deliver a shared vision that proved to be a historic success.”

Michael says, “we loved the collaboration and creativity on the Pop-up Globe project, and we’re thrilled for Miles Gregory, the founder and first artistic director of the Pop-Up. His courage in creating this unique event has been well rewarded. We were privileged to be part of the team.” 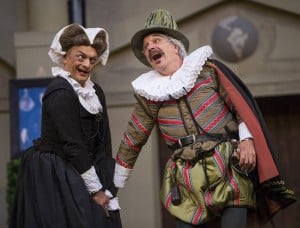 The ‘Maid’, Maria teaching Sir Andrew a thing or two in Twelfth Night. 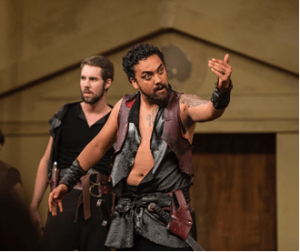 Juliet’s first cousin, Tybalt Capulet, challenging any and all Montagues.