Origin’s fire engineer, Pierre-Jacques Gandino, has found Queenstown reminds him of home. He arrived in the spectacular four-season lake and alpine tourist destination at the end of August and found what he had originally left France to find in New Zealand. A place that offers everything he wants, the lake and mountains, a great outdoor playground, and a sense of many healthy lives lived in sport, activity and adventure. 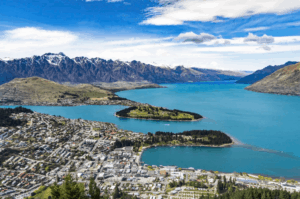 For now, Pierre-Jacques lives and works here, still employed by Origin, still working on long term projects he started with the company at the beginning of 2019 and setting out to build a presence for Origin Fire in both Queenstown and Wanaka for starters, and then ideally throughout the Otago region.

He will shortly relinquish the office he’s been sharing in the centre of town for an office more conveniently located on the road from town centre to Frankton. He says the parking is better. Around his new office is evidence of the industrial and commercial growth that has almost consumed Queenstown in recent years. Scaffolding and busy work sites highlight a flourishing construction industry for new residential builds, apartment buildings and hotels. And where this is construction of this ilk, there is also a need for fire engineers. 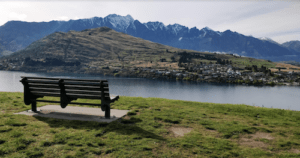 Pierre-Jacques says he’s been greeted warmly in Queenstown. “I’m very happy to be marketing Origin here,” he says, “and I’m already contacting architects, contractors and consultancies to tell them who we are, what we do and what we’re good at. Businesses here want to learn more about Origin Fire, and are also keen for choice and alternative quotes. We’ve secured two new projects here already, so Origin’s Queenstown fire engineering base is starting to have a real presence.”

Origin’s managing director Michael James says that he is pleased that Origin has been able to accommodate this move for Pierre-Jacques and his work and lifestyle choices.

Queenstown is a place renowned for its breath-taking scenery, exhilarating experiences, cosmopolitan vibe and the friendliness of its locals which makes this move for Pierre all worthwhile. And, according to Pierre-Jacques and the growing need for Queenstown fire engineering support, it’s making business sense for Origin too.

Would you like to find out more about our Queenstown fire engineering presence? Send us an enquiry via the button below.