Often fire engineers are competing for fees on a lowest price basis and are under pressure to provide designs that are low cost. To survive it can be tempting to cut corners in design documentation, and observation, and /or produce designs that are not compliant or marginal to reduce construction costs. 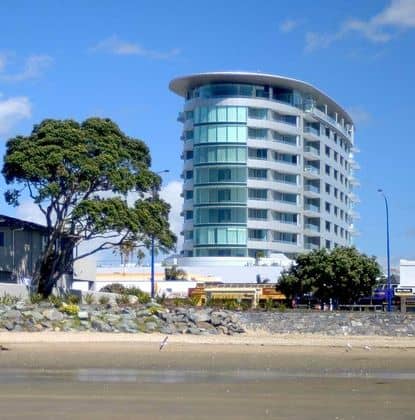 While there is little published on the risks that fire engineers specifically face, High Court Cases on leaky buildings often involve Architects which we can learn from as the generic risks are the same.

The recent High Court judgement on the Nautilus Apartments found that Walker Architects (in liquidation) who carried out the Architectural design and documentation and provided contract administration was partly liable for all but two of the building defects.

The following summary of the High Court findings in relation to the Architect by https://sourceable.net/the-high-court-leaky-buildings/ ise instructive in the types of risks all building design professionals face including Fire Engineers.

“A very recent High Court of New Zealand case concerning a uniquely designed multi-storey apartment block resulted at the end of April 2015 with an award of over $23 million in favour of the plaintiff owners corporation and unit owners.

The building concerned was a stylised design comprising a curved fish head shape at the eastern façade overlooking the shoreline, with a fish tail shape formed by balconied apartments at the opposing western side. Known as the Nautilus, this building comprised some 12 levels and 150 residential apartments, with shops and a café on the ground level, two levels of carparks, a lower and upper podium and a tower comprising the residential apartments.

If in fact the design produced by an architect would have worked but for the builder/developer opting to cut corners and to not follow the approved design, can the architect still be liable?

The answer to this will depend on the role the architect had agreed to carry out and the circumstances of each defect. If a defect could and should have been picked up by an architect in their role as contract administrator inspecting the works, the answer could be “yes.”

One of the defendants in the Nautilus case was an architect responsible for both design drawings and contract administration. The other defendants included the builder/developer (Brookfield Multiplex), the Auckland City Council as the building surveyor providing final certification, and the contractor carrying out tiling and waterproofing works on the balconies.

Various expert witnesses were called during the trial, and one of the witnesses put it bluntly: “A fact of life is that that this job has been so badly documented to begin with that even now after about 10 years we still don’t know really what they built.”

There was definitely plenty of evidence of bad building practice by the builder that led to the primary problem of water ingress. There was also evidence of negligence from the Council in issuing the relevant building consents for the Nautilus, in carrying out some inspections and in issuing the code compliance certificates at completion.

So what was the architect’s role in all this? The third defendant (Walker Architects Limited [in liquidation]) undertook design work and contract administration under a consultancy agreement with the developer as follows:

Contract administration included inspections of the site up to two times per week and monthly design check certificates.

One of the expert witnesses said that the architect (Walker) should have been aware from its regular inspections that there were fundamental deficiencies in the installation of the cladding. A second expert witness referred to the cladding installation as “obviously atrocious” and opined that Walker ought to have served design notices on the builder to rectify.

It appeared that Walker had not properly reviewed a critical design change that affected the cladding, namely the removal of the drainage points and plywood backing which formed a cavity behind the cladding. These features had formed part of the original design and had been intended to deal with any water that could penetrate the face of the cladding. Nor had Walker sought detailed shop drawings and other design documentation and test results required by the specification.

As a consequence, the Court concluded that (along with the builder) the architect bore some responsibility for the cladding defects. The cladding design itself was poor because the complex junction between the aluminium composite cladding panels was not developed and no detail was included showing the termination of those panels and the flashings.

Mechanical services on the Roof

There was some criticism of the plans prepared by the architect for not showing sufficient details of the penetration and plinth layout for mechanical services in the rooftop plant room. The plans did not show where the feet of the machines were to be located, did not include sufficient waterproofing details and did not provide for any slope or other means of directing water away.

The Court said the plans were deficient with respect to waterproofing details, but in any event those plans were not followed by the builder. That said, this did not give the architect a free pass, because the defects would have been obvious to any qualified observer and should have been noted by Walker during the course of its regular inspections.

The expert evidence was that the design of the overflow junctions, which was generally in accordance with the handwritten details prepared by Walker in March 2003, was in fact defective. The Court accepted this evidence and the existence of the defect and said water was able to enter the building at this junction.

While failure of the membrane may have been a contributing cause, that was not the sole cause and there was an element of design error.

The Court found that while the Council was negligent in issuing the code compliance certificate when this problem had not been fixed, and the builder was liable for a construction defect, the architect too was partly liable because  “It should have been aware from its inspections that the required step-down had not been achieved and it ought to have taken steps to ensure that it was rectified.”

Here, the Court found that while the builder and also the deck tiling and waterproofing contractor were liable for not following the manufacturer’s technical specifications, Walker was also partly liable.

This was because Walker had failed to ascertain the drying and curing requirements of the actual non-specified membrane product used (Dampfix 3), and failed to ensure this complied as part of its observation process.

Waterproof membrane not continuous at the nib

The builder, the relevant subcontractor and the Council were allresponsible in some way for this defect. It was noted that Walker had raised questions about the suitability of the membrane in this regard during one of its inspections and had even mentioned it in a follow up design advice.

However, the Court still found that Walker had not properly followed up on the matter and ensured it was rectified. Walker was also therefore partly liable.

The Court found that Walker should also have identified this defect during the course of its inspections and taken steps to ensure it was rectified. Brookfield as the builder was liable too, as it was poor construction.

Insufficient attention was given to the likelihood of water gathering in the balustrade fixing channels and penetrating the substrate through the screw fixings. Whilst Walker’s original design may have been sufficient, this design was not followed by the builder or its contractors.

Brookfield Multiplex was liable as the builder, but the Court held that Walker was also partly liable for not ensuring that the design it prepared for building consent was followed. Alternatively, it did not ensure the amended design would be compliant and it had approved the alternative as-built design from a third party.

In the end, the only defects that the architect was found to be not at least partially liable for, were the skylights leaking (this was clearly just a construction error) and for the removal of the cap flashings on the top of the block walls on the upper and lower podiums. In regard to this last problem, Walker had shown the cap flashings in the drawings and had done its best to persuade Brookfield to retain the cap flashings.

Much of the liability stemmed from the architect failing to pick up on defect items at an inspection, to ensure that alternative designs used were compliant, or to follow up on items noted to ensure the builder rectified them. Only some of the defects were down to poor or inadequate design details from the architect.

Consistent with accepted principles that builders are generally not liable for design errors, the builder in this case was only assuming liability for “minor errors and omissions in the design development which an experienced contractor would reasonably be expected to foresee and for the design changes introduced for the benefit of the contractor.”

The burden of the costs award in the judgment fell back largely on the Council and the subcontractor, given that the builder and the architect were already in liquidation.

A salutary lesson for architects is to be ever vigilant in any contract administration role, lest your original design be departed from and any resulting defects are not properly followed up on.”