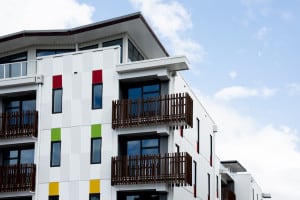 Library Lane, just 20 minutes from Auckland’s CBD, is described as offering “all the advantages of urban living, but with easy access to nature and the gentle-paced lifestyle of Albany Village. Striking contemporary architecture, stylish interiors and a sensitive use of space all come together in one stunning development.”

The Origin team of fire engineers Michael James and Sajeesh Nair and fire protection engineer, Wayne Joseph, started the fire engineering design of Library Lane in 2014. From the outset on this project they determined that the car parks would require sprinklers and the apartments could be designed without sprinklers.

To justify this position they carried out smoke modelling and egress analysis on the apartment buildings. Additionally they investigated the passive fire rating requirements for the steel structural components from first principles. They also completed a full design of the sprinkler system in the basement and the fire alarm and smoke detection system in the apartments.

Challenges for the fire engineering team

This project was not without its challenges. From a fire engineering and fire protection point of view the first point to note is that the carparks and retail units of Library Lane are sprinkler protected. For C/AS2 compliance the apartments required a sprinkler system as well, given the escape height is greater than 10 metres, but this was an expensive option. Instead, the building was designed with a C/VM2 design where it required a Type 5 alarm system and smoke extract systems in the safe path corridors and stairwells. 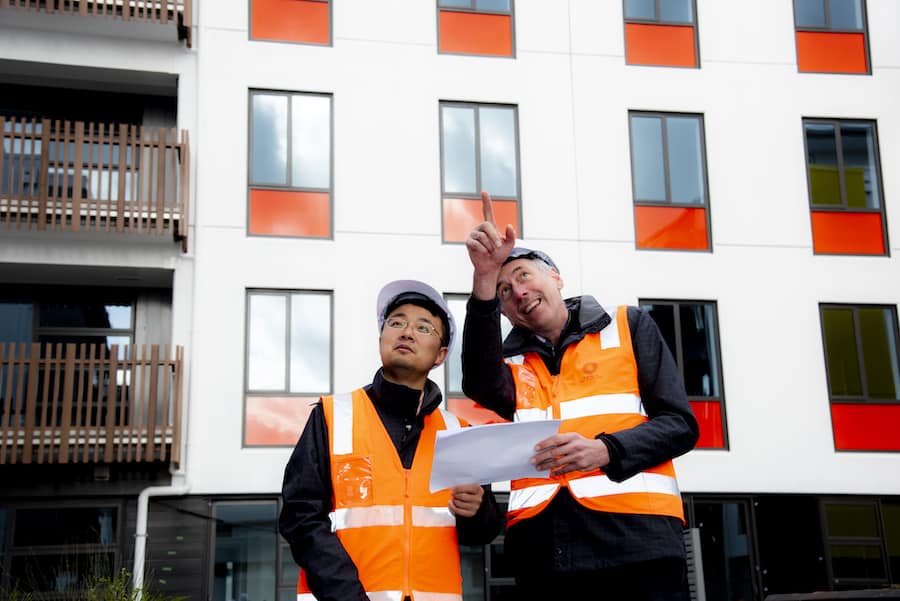 Because the apartments are un-sprinklered, a detailed assessment for tenability conditions (visibility, FED CO and FED Thermal) was required for compliance in the corridors and stairwells. 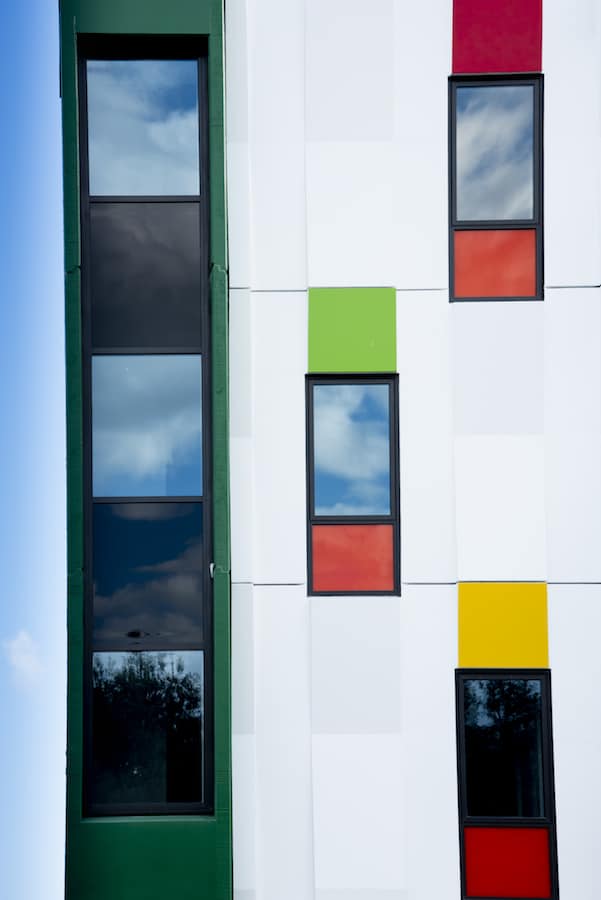 The supply and extract air in the safe path corridor is controlled by dampers, closed in normal conditions and open in fire conditions for supplying fresh air and extracting smoke in the safe path corridor. As per AS/NZS 1668.1:1998 override switches are required for each damper and the fans in the building. The large number of dampers (50 – 60 override switches required throughout the building for controlling dampers) was considered a risk by the Fire Service. So this issue was solved with a single rotary switch with various points for different safe path corridors which reduced the time for controlling and the likelihood of any handling errors.

Wayne also recalls that the client did not want fire hydrant outlets exposed on the stair walls and so, “our solution was to have clearly labelled recessed cupboards within the stairs wall.”

Another locational issue was raised by the NZ Fire Service who wanted immediately accessible and informative fire inlets and fire alarm panels. Wayne says fire mimic panels at the main entrance and at the entrances to each block satisfied the fire services that precisely what they needed on arrival were in place.

The main issues from Sajeesh’s point of view were in the passive fire stopping processes and in the testing of smoke control systems to ensure the interfacing of the fire alarm system was carried out properly. “The apartments were not sprinkler protected therefore the fire safety requirements were more onerous. We had to carry out a much higher than usual level of construction monitoring to ensure that all fire stopping was installed correctly. Ultimately we provided a number of innovative solutions specific to Library Lane’s passive fire stopping issues for Council to approve.”

Sajeesh was the lead fire engineer on Library Lane, taking full responsibility from concept to completion. Undertaking construction observation gave him a much better appreciation of the construction issues. Sajeesh reviewed test reports for all the fire stopping products before finalising the passive fire stopping specification.

“Library Lane gave me an opportunity to really back myself on both the design and construction observation phases of the project,” he says. “The project provided me with the experience I needed to confidently step up in future for bigger projects.”

Wayne also enjoyed having a role to play on such a big development. “It taught me a lot,” he says. “I gained valuable new information and fresh processes for future use. Library Lane is a great example of an excellent outcome for Origin.”